A Path to Recovery for Greece

GIG Team July 28, 2020
0 322 3 minutes read
United Against Covid-19NewsInsights
Early last week a massive €750 billion EU recovery fund was passed in a historic move meant to unite the continent as the pandemic, and resulting economic hardships, rage on. The bill now passes to the European Parliament, where it will be subject to review. Meanwhile, the most unique aspect of this aid package is …

Early last week a massive €750 billion EU recovery fund was passed in a historic move meant to unite the continent as the pandemic, and resulting economic hardships, rage on. The bill now passes to the European Parliament, where it will be subject to review. Meanwhile, the most unique aspect of this aid package is not its size, but how it raises funds via collective debt.

Agreeing to raise sums by collectively selling bonds to distribute funds to nations hit hardest by the coronavirus pandemic was a hard sell, but one ultimately made to preserve the integrity of the union. “Europe has shown it is able to break new ground in a special situation. Exceptional situations require exceptional measures,” said German Chancellor Angela Merkel in a news conference held after the package passed the vote on July 20. ‘‘A very special construct of 27 countries of different backgrounds is actually able to act together, and it has proven it.”

“We’re returning to Athens with an overall package that surpasses €70 billion, an unheard-of sum for our country,” declared Greek Prime Minister Kyriakos Mitsotakis last Tuesday morning. Almost half the amount comes from the recovery fund dubbed NextGenerationEU. The grants alone, to be disbursed over a five-year period, will clock into a boost worth about 2% of Greece’s GDP.

This relief package is set to make all the difference to Greece. Though the country has made it through the pandemic with only 4,048 confirmed COVID cases and 197 deaths (as of Monday), its economy was amongst the hardest hit in the eurozone due to the lockdown instituted to curb the virus’ spread. Though efforts are underway to capture what remains of the normally lucrative summer tourism season, Greece is still expecting a painful contraction of 8% this year, according to the OECD’s latest forecast. If coronavirus begins to spread again in a second wave, Greece’s economy is likely to contract to the tune of 10%. The same report predicts growth in 2021 to clock in at  4.5% to 6%. With its debt sitting at 181% of its GDP, the current financial outlook threatens to undo a decade of hard work and austerity after the devastation wrought by the sovereign debt crisis. And with debt load that heavy, the Mediterranean country is reluctant to amass unsustainable debt to spur recovery.

The International Monetary Fund estimates that the recession from the coronavirus pandemic will be twice as bad as what struck the country during the sovereign debt crisis – a situation that Greece can literally not afford. Stuck between a rock and a hard place, the recovery package offers a way out. Thanks to the package’s plan to collectively raise debt and deliver a portion of the funds as grants rather than loans, Greece is getting the support it needs without being forced back into austerity. Of the total package granted, Greece will receive €19 billion in grants and €12.5 billion in loans.

In response to the news the package had passed, European stock markets opened at the highest they have been in four months. Stocks around the world recovered as well, and the euro rose to its highest worth in the past 18 months.

“It’s a significant step towards a more integrated and united Europe, which should boost the region’s appeal to global investors and facilitate its re-rating,” said Barclays’ head of European equity strategy Emmanuel Cau.

Meanwhile, Mitsotakis has called the recovery fund a “national success”, adding that “we have managed a very ambitious response, a response which responds to the symmetrical shock which the pandemic has triggered in all economies.” With the use of funds being conditional to investment plans being previously submitted by Member States to the EU for approval, Greece’s Prime Minister has expressed a commitment to invest the funds “to the benefit of all Greeks”.

One of those investments will be in the Hellinikon Project, a major urban renewal project and one of Europe’s largest. With unemployment standing at over 19%, the project is meant to help kick-start the country’s economy by providing 80,000 jobs with an aim of boosting the economy by 2%.

Others hope the funding will be focused on growing Greek infrastructure and helping the country pivot to new forms of economic growth. “The situation over the health problem is still worrying,” said Nikos Vettas, head of the Foundation of Economic and Industrial Research (IOBE) think tank.

To raise funds within Greece, the government is hoping to soon offer a 7% flat tax rate to new foreign pensioners looking to retire in the country and transfer their tax residence to Greece. They hope to especially appeal to pensioners within the large Greek diaspora. “We hope that pensioners benefiting from this attractive rate will spend most of their time in Greece,” said Athina Kalyva, head of tax policy at the Greek finance ministry, who has helped design the scheme and adds that the goal of the bill is to expand the country’s tax base. “That would mean investing a bit – renting or buying a home.”

“The 7% flat rate will apply to whatever income a person might have, be that rents or dividends as well as pensions,” said Alex Patelis, Chief Economic Adviser to the government. “As a reformist government, we have to basically try to tick all the boxes in order to boost the economy and change growth models in Greece.”

“We want to build on the brand name Greece, and capitalise on what has been achieved,” Patelis added. “Once the pandemic subsides, we believe capital and labour will move to places that did relatively better.” 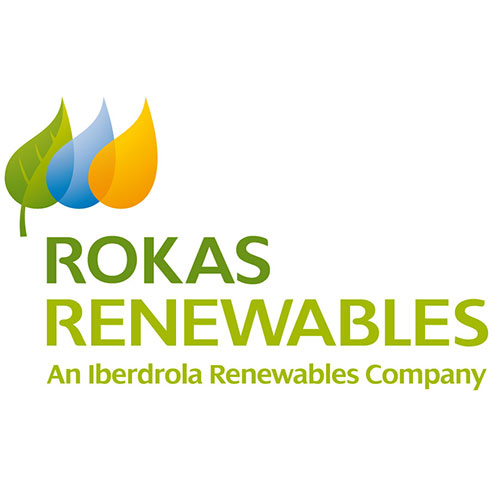