Ratings agencies kept Greece’s rating unchanged despite the continuing impact of the pandemic on the economy, as the government announces a one-month action plan to combat the spread of COVID-19.

Budget revenues fell short by €5.5 billion in the first nine months of 2020, with the biggest hit coming from VAT intakes as a result of pandemic relief measures. The total budget shortfall now stands at €9.5 billion. The government has already revised its 2020 revenues in the draft 2021 budget, down from the original figure of €52 billion to €44 billion.

A revision to the GDP benchmark by the Hellenic Statistical Authority (ELSTAT) means that 2019 GDP is now calculated at €183 billion, while 2020 is expected to come in at €170-171 billion. With general government debt standing at €340 billion after recent bond issues, this pushes the debt ratio to over 200%.

Retail turnover dropped by -1.4% in August Y-o-Y according to the latest figures from the Hellenic Statistical Authority ELSTAT. This was the sixth consecutive negative reading in as many months, following a -2.7% drop in July.

Ratings agencies S&P and DBRS kept their rating of Greece’s long-term debt unchanged, leaving the outlook as “stable” despite the uncertainty of the pandemic. While the large cash buffer is seen by the agencies as cause for reassurance, a future upgrade or downgrade will be largely determined by the fiscal impact of the pandemic.

A new low borrowing cost record was set by an auction of 6-month T-Bills at a yield of -12%. This was a rollover of the April 29 issue which had set a yield of 0.36%, reflecting a massive improvement in borrowing costs over the last six months.

A new insolvency framework passed into law on Monday, which will streamline the procedures for small businesses and individuals to declare bankruptcy. The new code is expected to help banks restore their balance sheets, while returning assets that have been trapped in a backlog of court proceedings for productive use. Around €234 billion of private debt is currently outstanding to banks and the Greek state.

Exports in the first eight months of the year are down roughly -12% to just under €20 billion, while exports excluding petroleum products are marginally up by 0.8%. The head of the Greek exporters’ federation is optimistic that by year-end total exports will reach €30 billion, against the all-time record of €33.8 billion in 2019.

The Greek state via the Hellenic Financial Stability Fund (HFSF) rejected the prospect of a proposed €800-milion capital increase in Piraeus Bank. The announcement prompted a -24% drop in the bank’s share price on Monday, offering a reminder of the fragility of the Greek banking sector, which is already struggling to attract investors due to high NPE ratios compounded by pandemic loan repayment moratoria. The HFSF holds a 25.6% stake in Piraeus Bank.

Credit to the Greek private sector expanded by 2.4% in September, after recording an increase of 1.9% in August according to the latest figures from the Bank of Greece. The growth in loans is the highest since June 2010.

The government is said to be considering tweaks to the Golden Visa programme in order to eliminate distortions in the property market. The introduction of regional criteria and changes to thresholds in the scheme are among the changes being mulled.

Nine investors submitted expressions of interest in the 67% stake in the Port of Igoumenitsa after privatisation fund HRADF opened the tender process. The potential bidders include several participants in tenders for other Greek ports, as well as a number of Greek and international ferry operators.

Telecoms operators Cosmote, Vodafone, and Wind have applied to participate in the auction process for the first 5G licenses in Greece. The auction which is scheduled for December 21 will include four spectrum bands (700 MHz, 2 GHz, 3400-3800 MHz and 26 GHz) with the total license price set at €367.3 million.

The ASE general index fell by -7% in the last week of October to end the month at 569.5 points. Negative news in the domestic banking sector, combined with the rising COVID-19 spread globally caused a sell-off that only abated slightly on Friday. The ASE was down -8.85% in total over October, while the Dow Jones lost -4.6% and the DAX lost -9%.

On Saturday, Prime Minister Kyriakos Mitsotakis announced the imposition of stricter nationwide pandemic measures to curb the rapid rise of infection rates in parts of the country. Businesses, retail, and schools will stay open, but dining and entertainment venues are to close for a month starting November 3. Night-time curfews and mandatory face coverings have been extended across all regions. The government also announced an extension of its economic support measures through November. 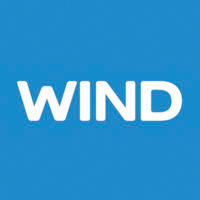