Slated as one of Greece’s top five strategic projects, TIF-Helexpo’s masterplan foresees the completion of a new exhibition and conference centre in 2026, says the organisation’s President Anastasios Tzikas, while the 85th Thessaloniki International Fair (TIF), honouring Germany, is set to break the 300,000-visitor barrier.

GIG: Helexpo aims to renovate the Thessaloniki exhibition centre by 2026 in a bid to become the most modern exhibition centre within the Balkan region. Can you tell us what this investment will mean for Thessaloniki, and what economic impact it will have on the region? How will this project, combined with the metro, port, and airport help raise the profile of Thessaloniki? 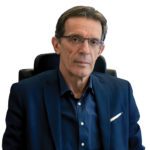 Tzikas: The new exhibition and conference centre will be a valuable tool for Thessaloniki, enhancing its perspective as an economic hub of southeastern Europe. I am certain that it will help the city enter a new era and justify its historic role as a commercial crossroads between the East and the West. Combined with the ongoing projects such as the airport, the port and the Metro, the new exhibition and conference centre will contribute to the economic and touristic growth of Thessaloniki. At the same time, it will be an emblematic landmark for the city, which will offer, besides the advancement of exhibition activity, a park for the people of the city. In a few years, we will be able to witness the true transformation of Thessaloniki.

GIG: Prime Minister Mitsotakis has highlighted the importance of this project, claiming it is a top priority for his government. What can we expect from the new facilities? What are your priorities? Do you have a tentative timeline you can share?

Tzikas: It’s a big deal for us that our prime minister has highlighted the importance of the new exhibition centre, declaring it as one of the five most strategic projects in Greece. Our masterplan proposes the creation of a new exhibition and conference centre alongside a business centre, an underground parking facility, and a boutique hotel. It will be a contemporary urban complex spanning across 16.5 hectares, and half of the open space will be a park given to the citizens of Thessaloniki. We have already submitted our plan to the Ministry of Environment and Energy, with the next step being the architectural contest. According to our timetable, we will start construction works in 2022,and expect completion in 2026 to celebrate our 100th anniversary in a brand-new exhibition and conference centre. It is the perfect time to speed up, or else Sofia, Bucharest, or Belgrade will do so.

GIG: How will the project be financed? What has been the reaction so far from potential investors?

Tzikas: We haven’t decided on the financing plan yet, as we are exploring our options. We had talks with the European Investment Bank, the Black Sea Trade and Development Bank, and other major banks. We can only say in this phase that there is a lot of interest concerning the financing of the project through a combination of resources, both public and private. I believe we will decide on the financing plan by 2021.

GIG: The Guest of Honour Country initiative has increased traffic and has pushed meetings, incentives, conferencing, and exhibitions (MICE) tourism in Thessaloniki. What is the strategy behind this initiative and what makes this exhibition different from the rest?

Tzikas: Our decision to host an honoured country in TIF every year is a way of focusing on those countries with which Greece has or wants to establish a strategic cooperation. So far, the honoured country initiative has been fruitful, as it has triggered new investments and brought business into our country. Greek enterprises come closer to foreign counterparts, exploring possibilities of commercial cooperation. Russia, China, the U.S., India, and now Germany; all had and have something to offer to TIF and to Greek businesses. This year’s guest of honour, Germany, is a big and important market with great achievements in the fields of industry, energy, and new technologies in which Greece has a great interest. We will try to make the best out of its presence in Thessaloniki this September. I believe that the 85th TIF will be one the most interesting and successful in the history of the exhibition.

GIG: TIF 2020 will have Germany as the honoured country. What can we expect in terms of visitors, and what will be the focus of the fair?

Tzikas: Entrepreneurship, innovation, and new technologies are the basis of this year’s TIF, during which we aim to surpass the barrier of 300,000 visitors. There is already great interest in the exhibition by enterprises, as Germany is very appealing. I would like to emphasise the close cooperation between TIF-HELEXPO and Koelnmesse (Cologne Trade Fair), the organiser of the German participation in the 85th TIF. We have already visited Munich and Stuttgart, and we’ll soon be visiting Cologne, Dusseldorf, and Berlin. Germany’s level of organisation is excellent, and I believe we will all be positively overwhelmed by the result. I am sure the successful example of the U.S.’s participation in the 83th TIF will be repeated this September. I think the German participation in the 85th TIF will be a major trade and business event and will help us develop the internationalisation of the exhibition and Greek enterprises.

GIG: MICE tourism is one of the most lucrative forms of tourism all-year round. What initiatives are you pushing forward to attract more visitors and create more visibility for Thessaloniki and Central Macedonia?

Tzikas: Thessaloniki is a very attractive city. Its history, its culture, as well as its vivid character are some of the points that make the city a great choice for tourists, as well as for participants in conferences. TIF-HELEXPO and its exhibitions make the city even more attractive. That’s why we are cooperating with the Prefecture of Central Macedonia and the municipality of Thessaloniki to attract business and tourism, and I believe we are succeeding. 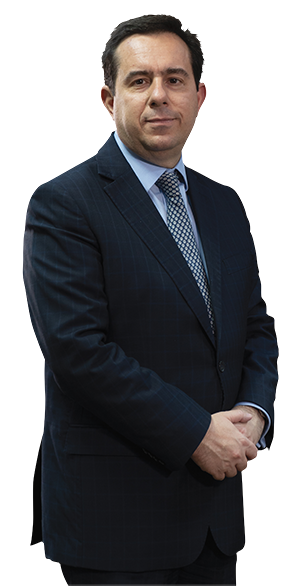 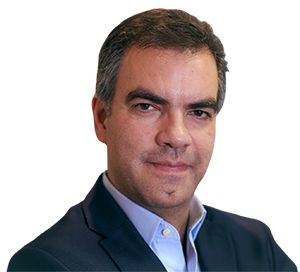 When the Sky is the Limit: Unleashing Greece’s Wind Power

While a minimum of €3.5 billion worth of investments are required to meet Greece’s ambitious 2030 wind energy target, “they are realistic and can be achieved,” says Panagiotis Papastamatiou CEO of the Hellenic Wind Energy Association, yet harnessing the sector’s true potential, he adds, including the development of offshore wind power will require decisive actions on behalf of the government and definitive decisions. 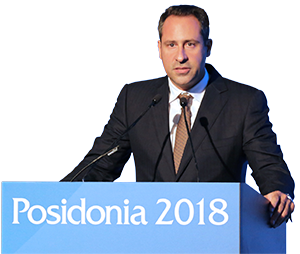 While the shipping industry will have to wait until 2022 for its touted biannual expo and conference, the organiser of Greece’s Posidonia Exhibition is delving into the digital world, says Theodore Vokos Managing Director of Posidonia Exhibitions, yet stands by the added value of physical events and safeguarding the return of a multi-billion euro global industry. 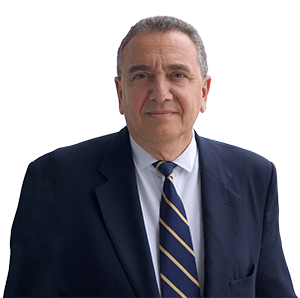 George Pateras
President of the Hellenic Chamber of Shipping

The legislative overhaul of Greece’s blue economy is going to benefit the state, the shipping industry, and the people, says George Pateras President of the Hellenic Chamber of Shipping, stressing the need to upgrade and modernise the country’s maritime academies while establishing a level playing field for Greece’s yachting fleet. 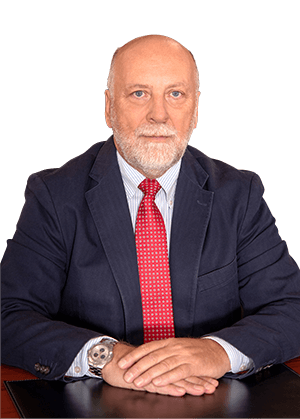 Growth, consolidation, digitisation, and a customer-centric approach are at the core of Attica Bank’s strategic plan, says Chairman Costas Mitropoulos, who believes Greece’s fifth largest lender will become the country’s first zero-legacy NPL bank by the end of this year.

Even under the strain of a lockdown, Greece continues to demonstrate how committed it is to reforms - and the European Commission is taking notice. The 8th enhanced surveillance report for Greece indicated that “Greece has taken the necessary actions...

Greece continues to prove it is committed to stability throughout the Mediterranean, inking a “strategic partnership” with the UAE during PM Kyriakos Mitsotakis’ visit last week in the face of ongoing tensions with Turkey. This agreement is based on political, economic...

Greece’s largest public-private partnership project to date will come a step closer to fruition in January 2021: its €870 million Ultrafast Broadband (UFBB) project will enter the final stage of its tender process...

"NextGenerationEU, the European Union’s pandemic recovery fund, could be mark a new dawn for Greece. The government plans to leverage the €32 billion in grants and loans to finance hugely important infrastructural and strategic projects...

Even under the strain of a lockdown, Greece contin

Greece continues to prove it is committed to stabi

With Greece now more than two weeks into its secon

After years of planning, Athens is ready to fully

8 companies, both from within Greece and abroad, h