GIG: Greece has had a difficult decade, with the financial crisis followed by the pandemic – but the Pissarides report also pointed to long-term structural weaknesses in the Greek economy. Where would the government like to see Greece in the next 10 years?

Patelis: Greece has turned the corner from a decade of crisis and looks ahead to its future with pride and optimism. This year we are celebrating 200 years since the war of independence in 1821. We are building a confident, strong Greece. Reforms are the cornerstone of our plan, aimed at accelerating productivity and attracting global capital.

GIG: What are the biggest challenges that Greece currently faces in getting on the path to growth?

Patelis: From the beginning we have identified three key priorities. First, to lower taxation while keeping fiscal discipline. We are well on track. For example, we have significantly slashed social security taxes. Second, to reform the economy.

Structural reforms are the backbone of government policy. Parliament has already passed a record nearly 180 bills.

Third, to strengthen the banking system. Hercules I is slashing NPEs in half, and Hercules II is already in the cards.

GIG: What are the priorities for the government in kicking off Greece’s post-pandemic recovery? Which do you consider to be the most important first steps?

Patelis: We are optimistic of a very strong post-pandemic recovery. In 2020 the Greek economy was vulnerable to the collapse in the global travel industry. Nevertheless, the country did better than expected. In 2021 and 2022 we expect a tourism surge to take the lead in the recovery. Bank deposits have surged, and government support has protected employment and businesses. Interest rates and borrowing costs have plunged. Meanwhile the banking system has been strengthened.

Importantly, the image of the country overseas has turned the corner. We expect very strong capital inflows together with a surge in consumption to turbo charge our recovery.

GIG: Greece is in line to receive close to €72 billion in EU funding over the next six years to help its recovery. Where does private sector investment fit in this picture?

Patelis: The private sector is a cornerstone of the so-called Recovery and Resilience Plan for Greece. The plan, called Greece 2.0 was formally unveiled in April, and has received great accolades. It is an ambitious, coherent programme of many, many reforms and investments that will change the investment landscape of the country, improve productivity, and lead us to the future. There are four main pillars: green; digital; employment and social cohesion; and private investment and institutional transformation.

GIG: What are the reform priorities that would make Greece a more attractive investment destination?

Patelis: We are slashing bureaucracy and red tape and simplifying procedures. There is a new insolvency mechanism that oversees the restructuring and bankruptcy process. We are digitising the Greek state to make everything easier and more efficient. The education system, particularly vocational education, is being upgraded.

There is significant judicial reform in the cards. Licensing rules have been eased. Strategic investments receive top priority.

Investment in real estate is being strengthened. Taxation of both capital and labour has been significantly lowered, with incentive schemes for overseas capital and labour. The banking system is stronger. And we look forward to a greener, more digital future!

GIG: Which sectors do you think would benefit from more investment? We know that the green economy and the digital sector are the pan-European priorities, but are there more areas of economic activity with untapped potential for growth?

Patelis: It is not the job of a government to identify sectors for private investment. As you rightly point out green and digital are a priority of Europe, and also of Greece. We still see enormous opportunities in a variety of sectors, whether logistics, or tourism, or real estate, or infrastructure or services or others. Greece has a huge pool of labour talent to offer combined with its unique geographical position, strong institutional and political stability, as well as being blessed with beautiful nature. We call on investors to come to see what we have on offer.

A general political consensus in favour of RES, positive market signals, in tandem with an abundance of natural resources have led U.S.-based 547 Energy – the clean energy investment platform of Quantum Energy Partners – to position Greece as a priority market, says the company’s CEO & President, Gabriel Alonso. Having already established a wind energy project portfolio of 400 MW in partnership with Greece-based ENORA, the company is now looking to seize new opportunities in areas spanning from solar PV to offshore wind, storage, and energy efficiency.
Read the full interview

Decarbonising the World One Fuel Cell at a Time

Born in Greece, U.S.-based Advent Technologies is banking on the exponential growth of hydrogen fuel cell technology – central to the creation of a carbon-free energy system – says Chairman and CEO, Dr. Vasilis Gregoriou. And an ambitious consolidation strategy, spanning from the U.S. to the Philippines, means the company can now cater to the entire hydrogen value chain. “It's the ultimate solution and a true zero emissions technology.”
Read the full interview

Born in early 2021 as a result of the acquisition and consolidation of four Greek aquaculture companies by the UAE’s Mubadala Investment and U.S. private equity fund Amerra Capital, Avramar is betting big on the adoption of the popular Mediterranean diet across the globe, says the company’s CEO Alex Myers. An ambitious €25 billion investment plan, targeting activities in both Greece and Spain, aims to modernise production and create a fully verticalised value chain, capitalising upon an industry that boasts the passion, know-know, and capacity to be in a pole position. “Avramar is built on a clear vision (…) and the belief that this industry can excel internationally.”
Read the full interview 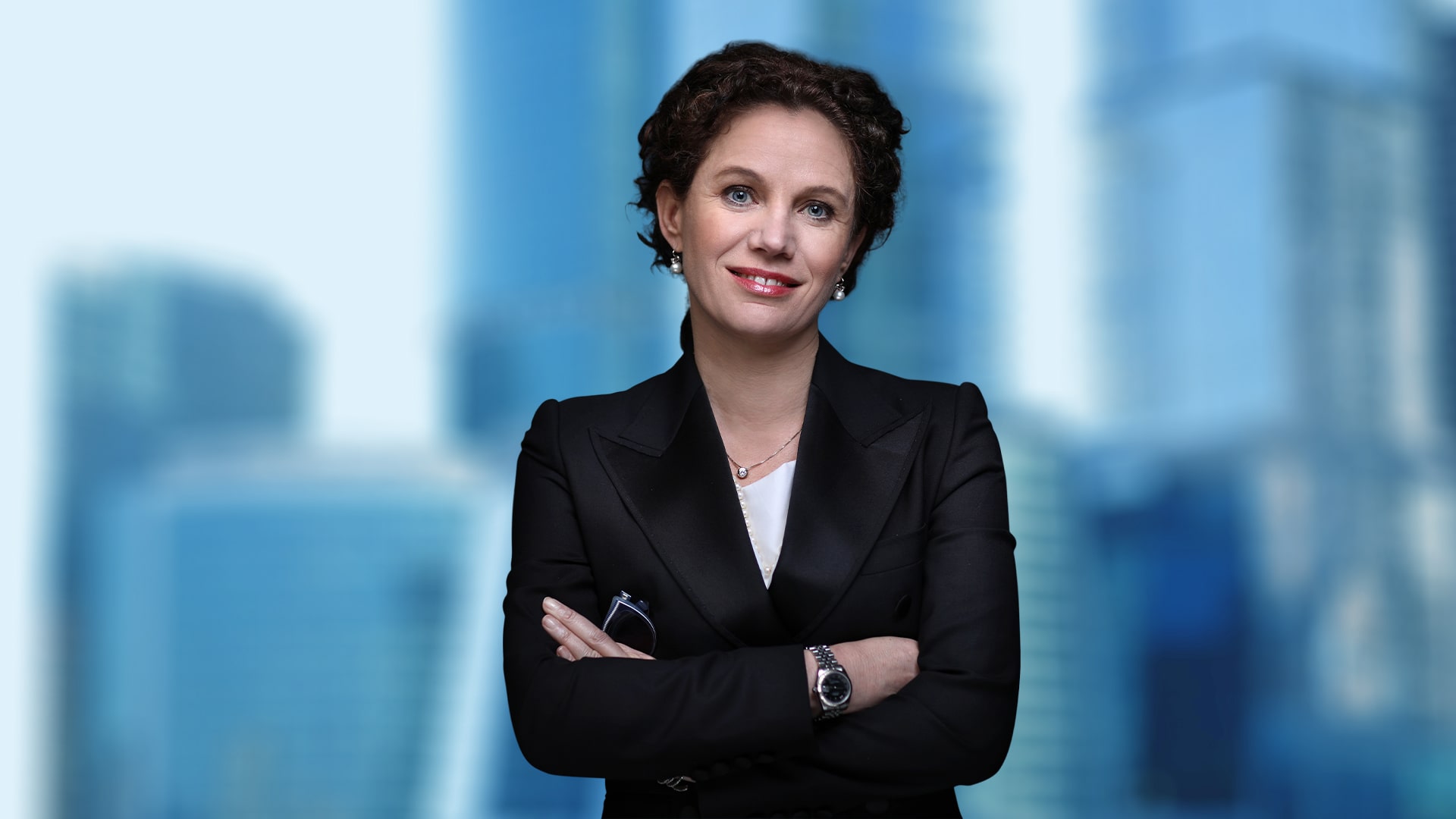 Ready to Face the Energy Challenges of Today and Tomorrow

While the war in Ukraine and the REPowerEU plan have stressed the vital role of Greece’s natural gas infrastructure in ensuring both diversification of energy supply and increased energy security, continued investments are vital, says Maria Rita Galli, CEO of DESFA – the country’s natural gas transmission system operator. “All these developments call for a further acceleration of the energy transition,” she adds, making the company’s strategy to focus on green gases and the development of new future proofed infrastructure evermore important.
Read the full interview 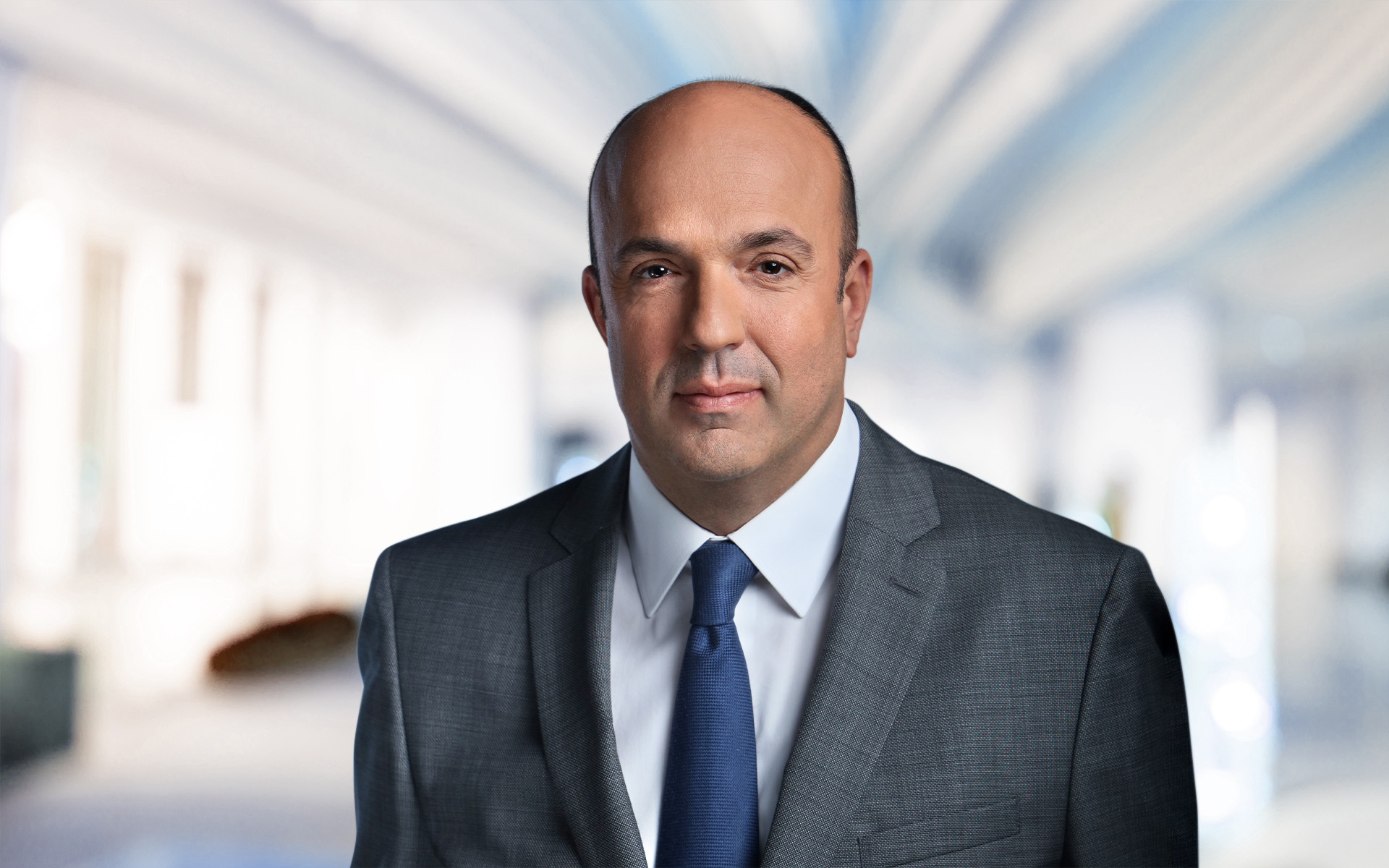 In the Driving Seat of Greece’s Energy Transition

Targets have been set for PPC Renewables (PPCR) – a subsidiary of Greece’s largest power company PPC – to operate 40% of Greece’s renewable energy capacity by 2026, says company CEO Konstantinos Mavros, adding that strategic alliances and M&A activity will be key to the success of their €3 billion investment. “We're looking for smart deals and long-term investors.”
Read the full interview 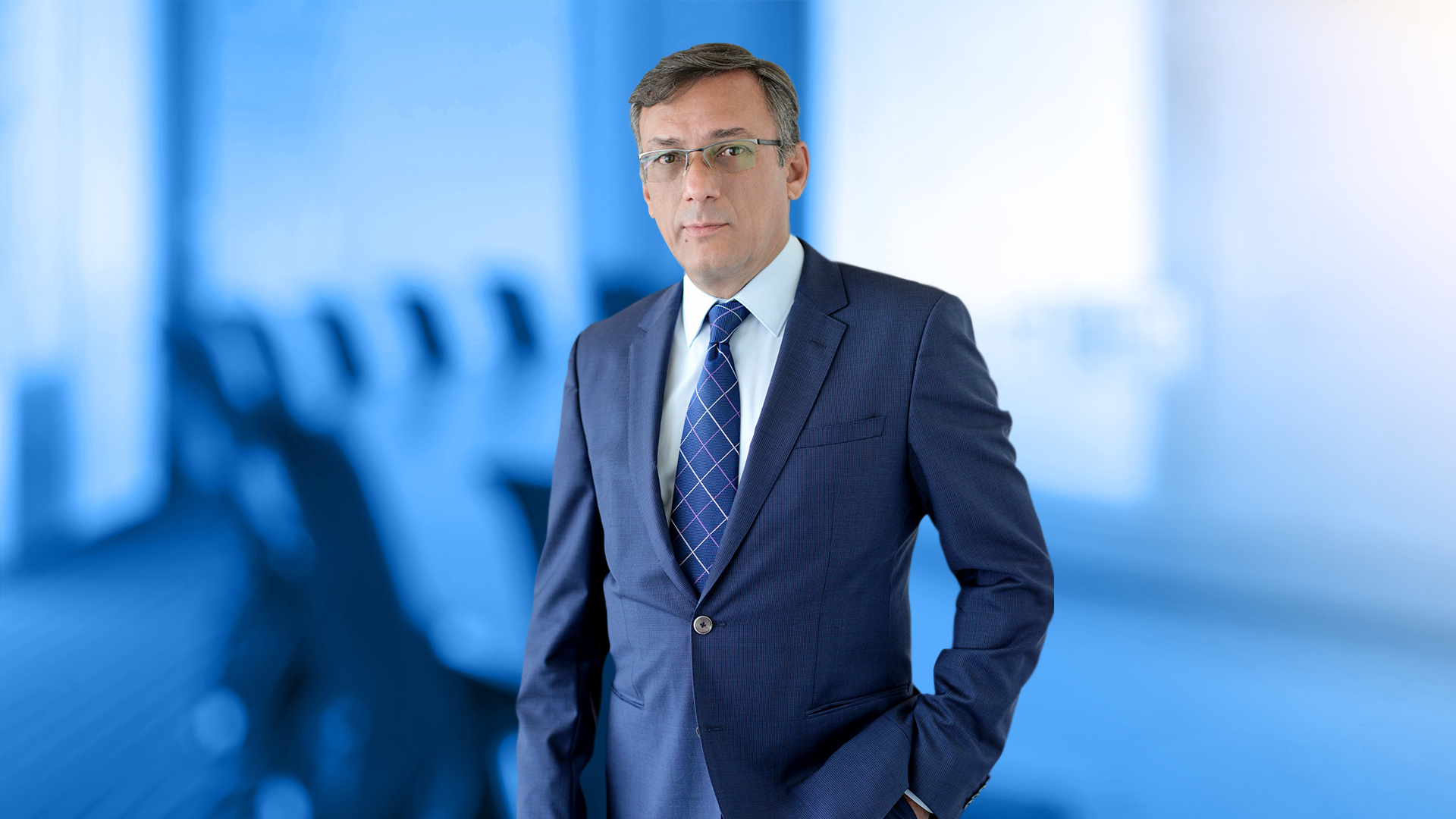 The U.S. tech major’s Digital Transformation Center in Thessaloniki is a place where co-innovation meets digital skills training – currently top of mind as Greece accelerates its digital transformation – says Antonis Tsiboukis, Managing Director of Cisco for Greece, Cyprus, Portugal and Malta. Having been present in Greece since 1998, Cisco’s vote of confidence is leveraging a rich talent pool available in the country’s second largest city, in addition to its strategic location, providing Cisco with a springboard into Balkan markets to attract know-how and business. “We now see a real opportunity and we are ready to support Greece to move forward.”
Read the full interview 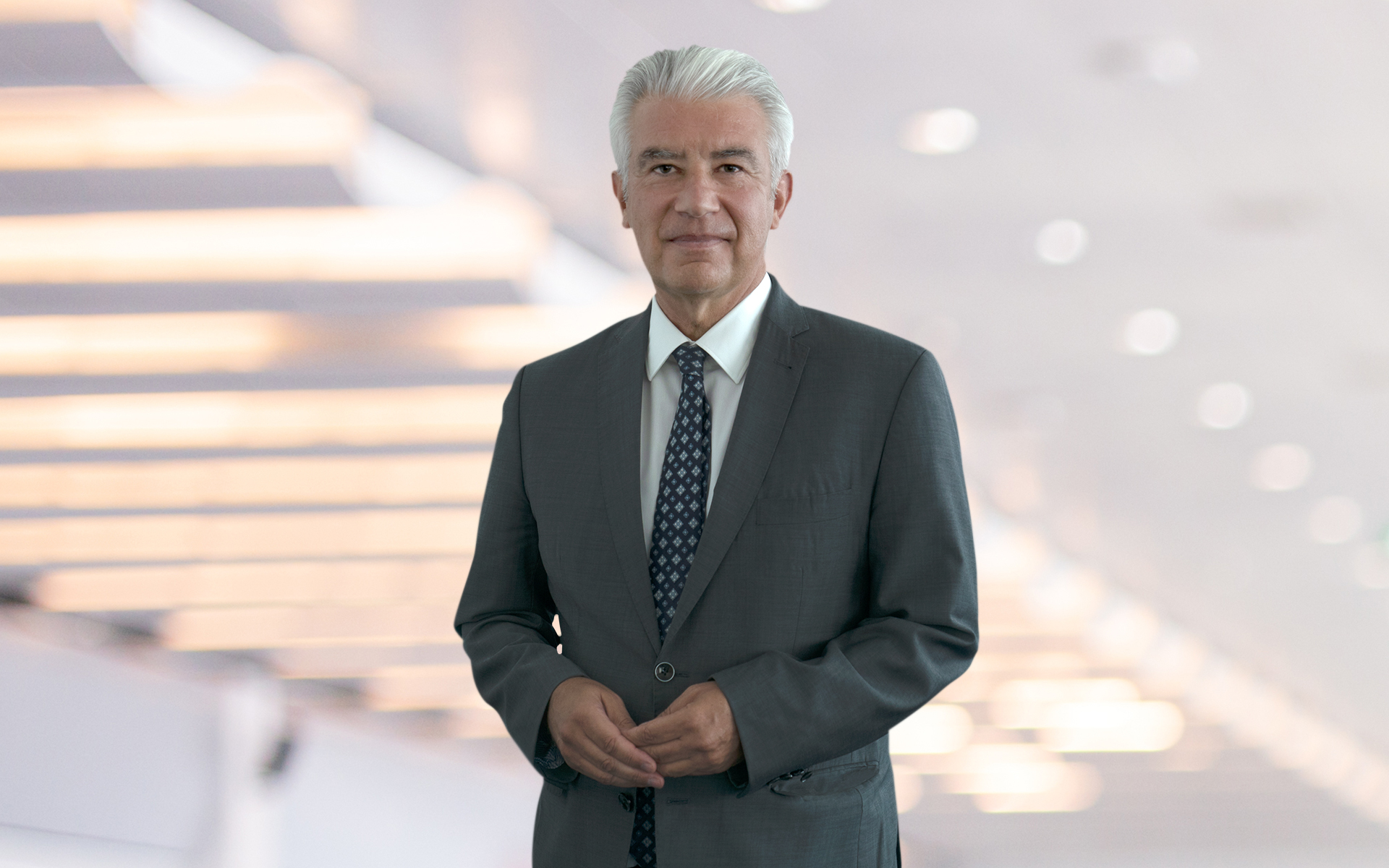 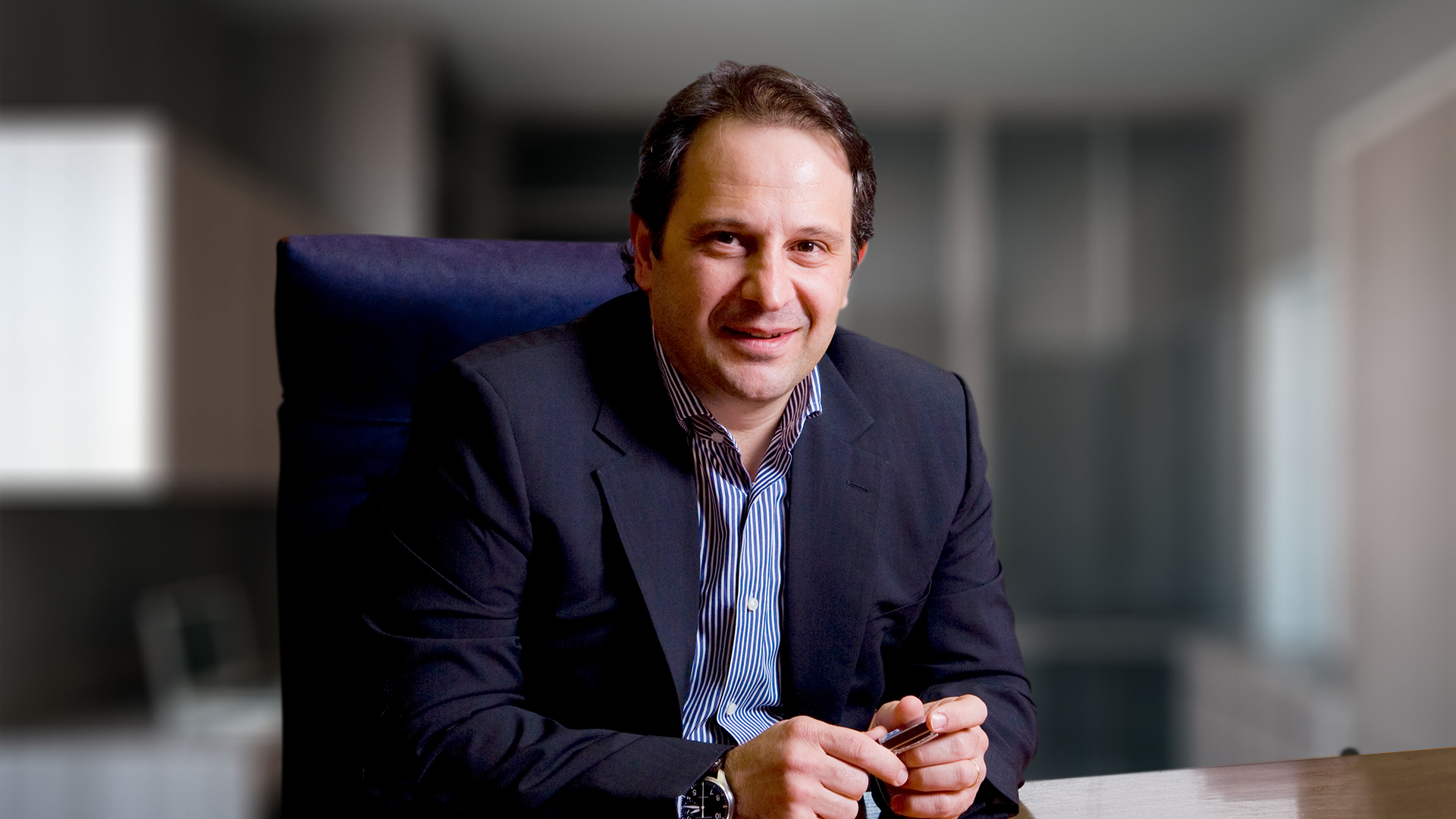 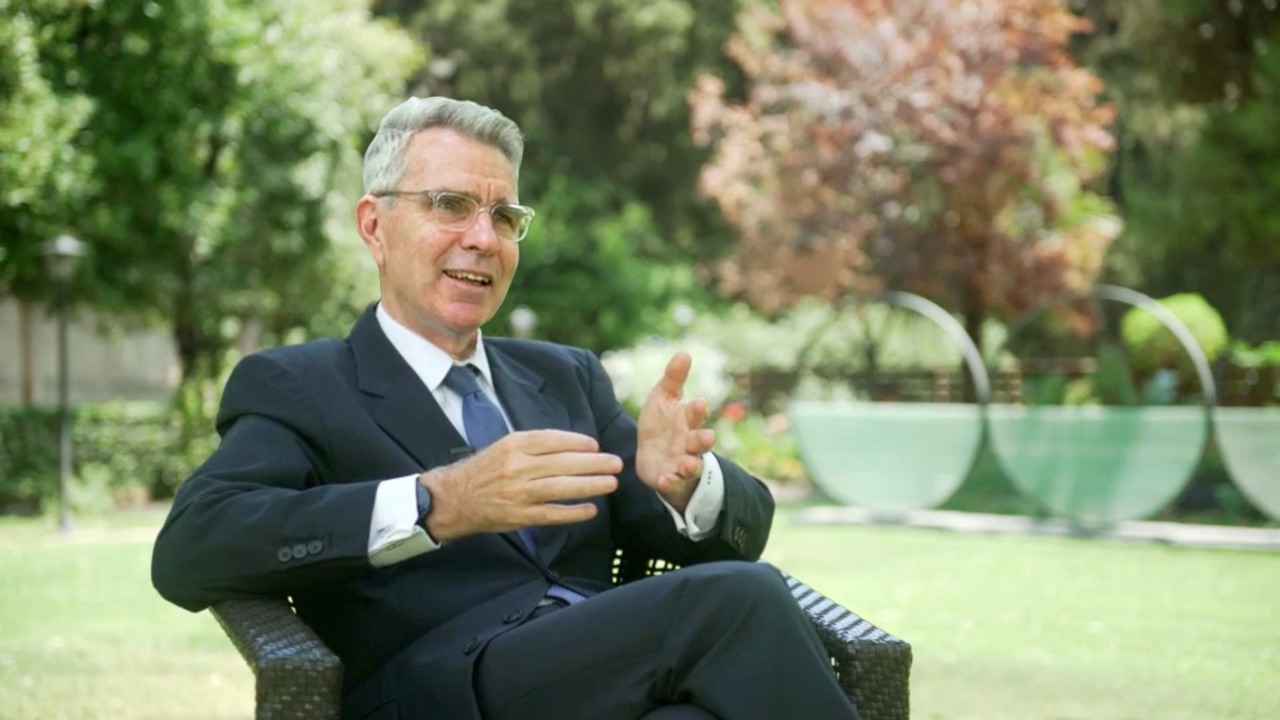