GIG: Greece has updated the benefits offered to foreign film productions. They are now considered to be some of the most competitive in Europe. Can you tell us about them briefly?

Kouanis: Greece is considered a very attractive filming destination for a variety of reasons. We offer financial incentives which include a 35% cash rebate on eligible expenses incurred in Greece for the production of films, TV series, documentaries, animation, and digital games, and a 30% tax relief for audiovisual productions. This can be combined with the cash rebate, offering a benefit of up to 50% of the total production budget. Moreover, through EKOME and with the creation of the National Network of Film Offices in 13 regions and selected municipalities across Greece, we are offering a new approach to services focusing less on bureaucracy and providing a more inclusive stance on production needs.

Greece is an endless natural set supported by qualified and experienced film professionals and production service
companies, providing a hospitable and secure environment that meets the needs of international productions.

GIG: There has been a pick up in foreign film productions in Greece recently. Do we have any numbers on this? Where has the interest mostly come from?

Kouanis: The Greek Cash Rebate (GCR) program started operating in April 2018. To date, 65 projects have been supported through the program resulting in a €58 million investment in Greece in production expenses, while the cash return to producers through the GCR system amounts to €19 million. It is important to highlight that through these projects over 15,000 jobs have been created (cast and crew) in Greece proving GCR’s significant impact on the employment sector. There is interest for productions from all over the world, including the USA, Korea, Canada and, of course, Europe.

GIG: There was a lot of noise about the Little Drummer Girl film production being turned away from Sounio before being later allowed to shoot. Has Greece since then become a friendlier place to shoot movies? Is there any evidence of this?

Kouanis: Absolutely! The mere existence of EKOME is proof of the government’s will and determination to make Greece a friendlier place for audiovisual productions. Our work aims to improve the public discourse on actions needed to improve existing procedures involved in the filming process. Less bureaucracy and more quality professional services, combined with the investment incentives, are key factors in making Greece one of the friendliest places for filming in the world. Let me remind you that in March we were able to shut down Syntagma Square, the largest and most central square in Athens, for two whole days for the purposes of shooting a foreign film, something that had never been done before.

GIG: What is Greece’s biggest advantage when it comes to filming? And its biggest disadvantage?

Kouanis: Greece’s main advantage is that the country itself is a vast natural set. Also, we have qualified and experienced film professionals and facilities (soundstages, production equipment, post-production houses, VFX, animation studios, and digital games development studios). Greek crews are highly skilled, very dedicated, very resourceful, and above all, willing to meet the needs of every production. Greek professionals are highly qualified and very experienced in collaborating with foreign partners. Needless to say that the Greek people are friendly, hospitable, and ready to support the needs of productions.

The biggest challenge for us as a country is the lack of depth in crews and equipment. Obviously, the higher the demand for productions, the bigger the drive for private entrepreneurs to invest in new equipment and facilities in Greece. We are convinced that the successful implementation of our programs will have a positive effect on this area. We are also implementing educational programs for professional training in collaboration with local and international partners, such as the Ministry of Education in Greece and the Nu Boyana Studios in Bulgaria, where we send young Greek professionals wanting to work in the filming sector on a three-month internship program.

GIG: Are there any other initiatives in the pipeline?

Kouanis: EKOME has a threefold strategic mission (‘invest’, ‘digitise’, and ‘educate’), with a set of objectives aiming to create a new ecosystem for the development of the Greek audiovisual sector.
In each one of our actions, we are constantly developing new projects and initiatives: in the ‘investment’ sector we are successfully implementing the Greek Cash Rebate and Tax Relief Programmes, while constantly collaborating with the community of professionals on improving the legal framework and making incentives better and more efficient.

We are also creating the National Network for Film Offices and are currently implementing the marketing plan that promotes Greece as a filming destination. In the ‘digitisation’ sector, we are creating the National Depository for Audiovisual Works project, including the Audiovisual Archive Registry, the National Catalogue of Audiovisual Works, and the Centre for Conservation and Digitisation. Above all, we give priority to the education sector, acting as a coordinator of public discourse for media literacy in Greece, inviting all stakeholders to set up a sustainable audiovisual policy and educational programs for the development of basic, advanced, and professional skills of Greek citizens. 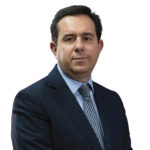 Greece is taking steps to simplify its investment migration programmes, building upon the success of its lauded Golden Visa, says Notis Mitarachi, Minister of Migration and Asylum, with targets set on the creation of a fast-track office at the Ministry, and 2021 lined up to have a greater emphasis on capturing global human and financial capital.
Read the full interview