GIG: Gastrade is building a floating LNG terminal off northern Greece’s Alexandroupolis. It is the first investment of its kind in the country. What were the reasons that made you consider this investment? 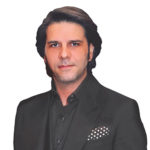 Spyropoulos: We are running the golden age of natural gas with global demand growing from 3,000 billion cubic metres (bcm) in 2011 to 4,000 bcm in 2018. This growing trend is anticipated to continue in the future since natural gas offers the pathway toward a decarbonised energy system, being the transitional fuel to a sulphur- and carbon-free energy mix while also supporting the penetration of RES and the deployment of clean technologies, across all end-user sectors.

Today the EU is, on the one hand, the world’s largest consumer of natural gas, while, on the other hand, it faces a sharp decline in its own production and the expiry of nearly 100 bcm of long-term gas import contracts. This is anticipated to create a gap of approximately one third of EU natural gas consumption by 2025, which will most likely be covered by LNG.

Furthermore, LNG terminal utilisation in Europe reached historically high levels in 2019 with LNG prices remaining very competitive, something that is expected to stay for the medium term. Considering all of the above, we envisage that the current LNG glut in Europe is set to remain, fostering a more competitive and globally integrated market that will create needs for LNG regasification terminals in Europe.

To this end, eight new LNG receiving terminals are planned to be operational in Europe by 2023, adding 22 bcm annually of import capacity. One of the eight will be the floating LNG storage and regasification unit (FSRU) project in Alexandroupolis.

GIG: What kind of impact will the LNG terminal have on the Greek and southeastern European energy market? Why is this being done off the coast of Alexandroupolis and not elsewhere in Greece?

Spyropoulos: While the increase of the LNG supply will allow Europe to address its concerns regarding diversification of sources and routes and security of supply, Europe’s southeastern region does not have the required infrastructure to substantially increase its LNG imports, given there is only one LNG terminal in the region.

To this end, it is evident that the LNG Alexandroupolis project is one of strategic importance for Greece and southeastern Europe. It creates a new energy gateway, enhances the role of Greece, and offers diversification of sources and routes of supply to Bulgaria, North Macedonia, Romania, Serbia, and the wider region, enhancing the security of supply in the area.

The strategic importance of the LNG Alexandroupolis project is also demonstrated by its inclusion in the Projects of Common Interest list of 2019-2021, as well as in the European network of transmission system operators for gas (ENTSO-G) Ten Year Network Development Plan 2020, along with the Central and South Eastern European Energy Connectivity (CESEC) initiative that contains priority projects slated in southeastern and central Europe.

The location of the LNG Alexandroupolis terminal is strategically selected: at the crossroads of the vertical and southern gas corridors, it is the catalyst in the realisation of the vertical corridor. Alexandroupolis is located near the entry point of the Interconnector Greece-Bulgaria (IGB) – key infrastructure to move gas from south to north – while also being on the route of the Trans Adriatic Pipeline (TAP).

The terminal also contributes to the establishment of a regional gas hub, working in harmony and complementarity with other regional gas projects such as the existing Revithoussa LNG Terminal, the planned Kavala Underground Storage, and planned interconnectors such as IGB, Interconnector Bulgaria-Serbia (IBS), and other trunk pipelines such as TAP.

GIG: How will the floating LNG terminal work? What are the investment levels required?

Spyropoulos: The project comprises a permanently moored offshore FSRU and a suited transmission pipeline, designed to connect the floating unit to the national transmission system of Greece as a new natural gas import facility.

The FSRU will be stationed in the sea of Thrace, approximately 17.6 km southwest of the town of Alexandroupolis in northeastern Greece, at an offshore distance of approximately 5.4 nautical miles from the nearest shore.

The FSRU will have an LNG storage capacity of approximately 170,000 cubic metres with a nominal regasification and send-out capacity of 5.5 bcm/year.

GIG: What is the status of the project? When do you expect it to be up and running?

Spyropoulos: The project is promoted by the Greek company. Gastrade was established in 2010 with the objective of designing, developing, operating, and managing infrastructure for the reception, transmission, and distribution of natural gas. Gastrade is the first company operating in Greece to have been granted a licence for an independent natural gas system, which was awarded in August 2011.

The project is progressing very well in all workstreams. It has secured all required decrees, licences, and permissions from the relevant national authorities. The front-end engineering study was completed in August 2017 and was 50% financed by the European financing tool Connecting Europe Facility.

The engineering procurement construction (EPC) tenders are ongoing, with the expression of interest being completed in April 2019 and the requested techno-economical proposals to be delivered by the pre-qualified bidders within the second quarter of 2020. Additionally, the first phase of the market test was successfully completed on 31 December 2018, with the second phase of the market test having been launched in mid-January 2020. The project’s commercial operation start date is set for the second half of 2022.

GIG: At the end of 2018, you completed the first phase of the market test. What kind of appetite is there for the gas you will be providing to Greece? How will the gas be transported?

Spyropoulos: The first phase of the market test was completed with great success on 31 December 2018. Twenty companies submitted relevant expressions of interest for a total of up to 12.2 bcm/year of regasification capacity reservation – surpassing the technical capacity of the project which is designed at 5.5 bcm/year. These gas quantities will be directed toward the markets of the wider southeastern European region.

Regarding the LNG deliveries to the FSRU in Alexandroupolis, the offtakers are anticipated to examine various options, since there are multiple LNG sources worldwide, indicatively mentioning Qatar, Algeria, the U.S., Russia, Nigeria, etc., while new liquefaction capacity is also coming online in new areas such as Mozambique. In just the U.S., 30 different export projects are in various stages of development, whilst both Qatar and Russia are set to expand their production.

United States Ready to Stand by Greece in Recovery from Pandemic 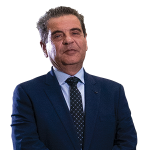 The 85th Thessaloniki International Fair slated for September 2020, with Germany as the event’s Honoured Country, is expected to mark the come-back of Greece’s exhibitions industry, with efforts focused on meeting health-protection measures, says Kyriakos Pozrikidis, Managing Director of TIF-Helexpo.
Read the full interview 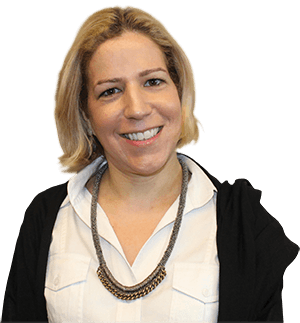 Powering Ahead with a Greener Twist 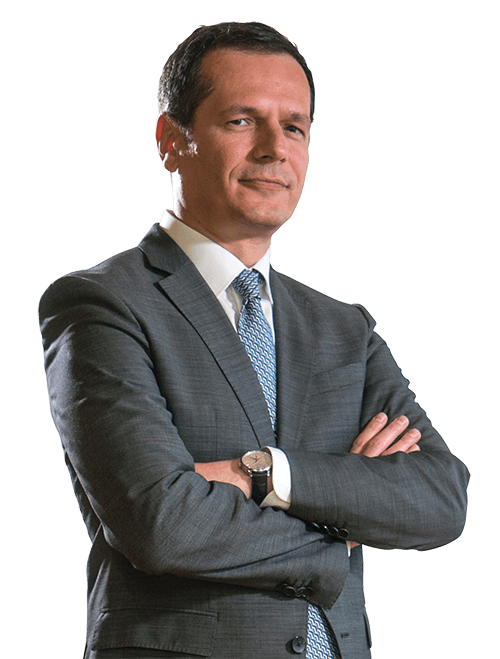 Manos Manousakis, Chairman and CEO of the Independent Power Transmission Operator (IPTO), says the national power grid operator is playing a key role in the country’s fast-changing energy market, with a €5 billion investment plan for the next decade for a cheaper, cleaner, and more reliable electricity supply. 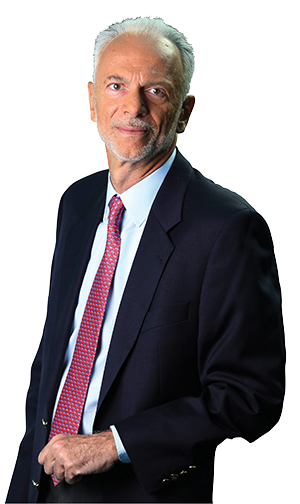 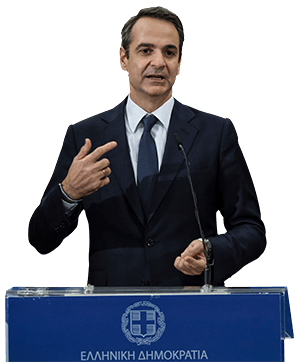 Prime Minister Kyriakos Mitsotakis says Greece has embarked on a sustained boom that will surprise analysts with its durability and strength, and his message to the investment community is clear: “Don’t miss the chance to be part of a successful growth story.” 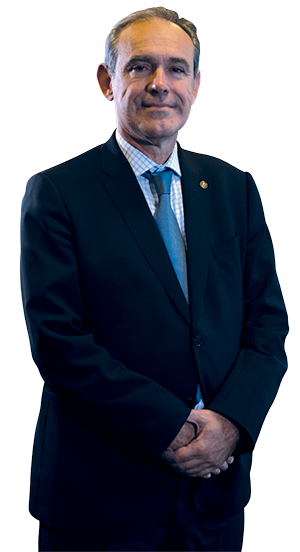 GR-US relation is at the highest level in the history of the two countries. Can't remember the last time (if ever there was one) that an acting US Ambassador and an acting Greek Minister co-authored an article on a strategic (investment) project (at the country's top newspaper!). https://twitter.com/USAmbPyatt/status/1279881185024520199

Great to partner with Minister @AdonisGeorgiadi on today’s @kathimerini_gr editorial, which puts into perspective our trip to Elefsina last week and the positive and growing US-Greece cooperation on trade and investment. https://www.kathimerini.gr/1086024/article/epikairothta/politikh/ar8ro-ad-gewrgiadh-tzefrei-paiat-sthn-k-h-eleysina-symvolizei-th-sygklish-ellhnikwn-kai-amerikanikwn-symferontwn

As Greece 🇬🇷 strengthens its commitment to r