Manos Manousakis, Chairman & CEO of the Independent Power Transmission Operator (IPTO), says the company’s pipeline of investment projects is an integral part of Greece’s transition to clean, affordable, and stable electricity supply, emphasising their role in the expansion of the grid across Greek borders.

GIG: The electrical interconnections of Greece’s islands – which are being implemented by IPTO– are key to achieve the country’s decarbonisation targets as well as the increased penetration of renewable energy sources (RES) in the energy mix. What are your plans for the next 10 years?

Manousakis: It is a fact that the achievement of both mid-term and long-term decarbonisation objectives require the integration of new RES units on a larger scale. That is the reason why for the next 10 years, IPTO’s pipeline comprises critical projects that are going to facilitate the country’s energy transition.

According to our Ten Year Network Development Plan (TYNDP), almost all Aegean islands will be connected to the mainland by 2030, securing affordable, stable and sustainable electricity. At the same time, we are expanding the grid over the borders with new interconnections to Bulgaria, North Macedonia, Italy, and Turkey.

The budget for investments planned during the decade soars up to €4.1 billion, expected to create additional capacity of 3 GW for the development of new green energy projects.

I would like to add that our most recent TYNDP also includes pilot storage projects on the islands and the mainland.

GIG: In your opinion, what role should IPTO play in the development of offshore wind, which is a government priority?

Manousakis: Τhe RES targets for Greece are ambitious but necessary, highlighting the importance of offshore wind farms. In that respect, IPTO’s role focuses on the design and strategic development of High & Ultra High Voltage Networks, as we possess the necessary know-how and have a considerable track record in related interconnection projects. Besides, the expansion of the interconnected transmission system in the Aegean Sea paves the way for the development of offshore wind farms since distances from the power plants to the system’s connection points have been significantly reduced. IPTO proposes an integrated approach in the framework of a National Master Plan taking into account data on wind energy potential in different areas, the needs for transmission infrastructure, and existing spatial constraints.

GIG: You recently signed an MoU with Sunlight to develop a pilot energy storage project at one of IPTO’s substations. Is this first move geared towards enabling IPTO to get a foothold in the storage sector, which is also at the forefront of the transition to clean energy? Could you elaborate on your plans and strategy in this respect?

Manousakis: Technological developments have highlighted the key role of storage systems in electricity networks. Storage technologies mitigate the effects of RES units’ intermittency and can effectively shield the system’s smooth operation while reducing its environmental footprint. For the above reasons, and following the example of many TSOs around the world, we are proceeding with energy storage projects that will gradually further enhance the operation of the system and meet the needs of increasing green energy supply and demand. Apart from the recently signed pilot storage project of 20 MW in Thebes, in cooperation with Sunlight, IPTO is also planning another one in Naxos island with a capacity of 7-10 MW. With the diversification of our energy projects, we contribute concretely to the transition towards a cleaner energy mix.

GIG: IPTO is a prime example of Greek-Chinese cooperation in the energy sector. How is State Grid Corporation of China (SGCC), which has a 24% participation in the company, contributing to IPTO’s development and modernisation?

Manousakis: You are right. It is quite clear that the cooperation between IPTO and SGCC has set a paradigm of Greek-Chinese cooperation in the energy field. In the past more than three and a half years, as IPTO’s long-term strategic investor and one of its shareholders, SGCC has fully respected the decisions and arrangements made by IPTO’s Greek shareholders and management, and actively supports the development of various IPTO businesses.

In terms of capital, SGCC supports IPTO in obtaining new and more favourable funds to provide strong financial support for its development; in terms of technology, SGCC provides technical support for VSC-HVDC in the Attica-Crete interconnection.

By sharing SGCC’s technological and managerial experience in transmission operation, I believe State Grid will continue to help drive the rapid development of IPTO along with other shareholders.

GIG: What is IPTO’s role in the operation of the Target Model, and the new structure of the country’s wholesale electricity market?

Manousakis: IPTO is an integral part of the domestic and the European energy system. For this reason, it plays a pivotal role within the so-called Target Model, which is essentially the new landscape of the integrated European energy market. IPTO, amid the pandemic crisis, successfully completed the country’s transition to the new market model last November, taking a decisive step to strengthen competition and promote price convergence on a regional level. Apart from having a critical role in all market stages, IPTO is the operator of the Balancing Market, a crucial market within the market model, which determines the financial impact of electricity balancing costs. Following the coupling of the Day Ahead Market between Greece and Italy at the end of 2020, the next step is the coupling of the respective Greek-Bulgarian market in May 2021 and, consequently, the coupling of the Intra Day Market with the two neighbouring countries.

GIG: Do you believe that Greece needs more international electricity interconnections in order to fully exploit its RES potential? What international projects are on the cards?

Manousakis: Within the context of the new energy market, the importance of strengthening transnational interconnections is particularly clear. Apart from the market-related benefits, interconnections with adjacent countries accelerate the capacity increase for the incorporation of RES projects. IPTO is currently constructing a new 400 kV transmission line between Nea Santa and Maritsa in Bulgaria, which will be completed in mid-2022. At the same time, we are working with neighbouring operators on new interconnection projects, including Italy. More specifically,

Greece and Italy are examining the development of a new subsea interconnection for the reinforcement of the existing systems’ link by 500-1000 MW. Similar plans are under consideration with Albania and North Macedonia.

Furthermore, there are also a number of subsea interconnection projects that could link Greece, through the Mediterranean, to different markets such as the Cyprus-Crete project to be implemented by the EuroAsia Interconnector or the potential Greece-Egypt interconnector, which is being assessed by the competent national authorities, as was recently confirmed by the Greek Ministry of Environment and Energy.

GIG: Do you think that the Greek Electricity Transmission System needs upgrading? If so, which steps are you undertaking in this direction?

Manousakis: Although the Greek electricity transmission system has proven its resilience over time, it needs to be upgraded if it is to keep up with the advancements of the energy system and maintain its ability to fulfil its purpose, uninhibitedly. IPTO is aware of the upgrades that need to be carried out in terms of increasing the capacity of transmission lines to 400 kV, as well as renewing vital equipment that is gradually becoming obsolete. That is why we implement a rigorous asset renewal programme, that we believe is a key factor in the system’s efficient operation.

In 2018 IPTO launched a programme for equipment renewal – for the first time in the system’s history – while a new rolling asset renewal programme is about to commence, providing for the acceleration of the system’s renovation. Recently, we made the decision to accelerate our asset renovation programme to €200 million over the course of the next five years. Our goal is to fully modernise critical elements in the coming years. The acceleration of the maintenance programme, apart from its major interconnection projects, puts IPTO once again in line with the standards of major European operators. 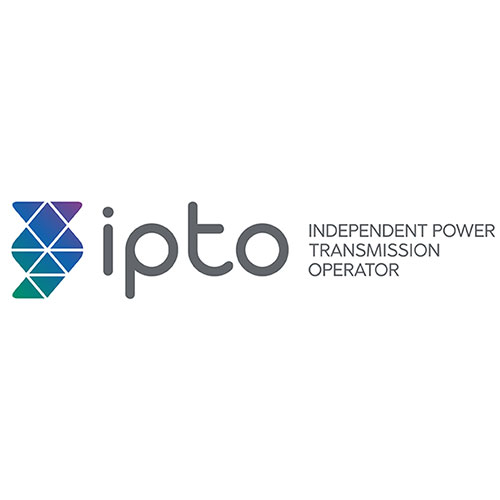 The Independent Power Transmission Operator S.A. (IPTO or ADMIE) is responsible for the management, operation,… 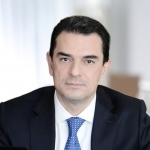 ⚡Energy news update!⚡ A natural gas distribution network totaling 1,860 kilometres will connect 68,000 new customers across 34 cities in Greece. The plan anticipates 170,000 new connections by 2036, and in that time frame investments are expected to reach half a billion euros.

Greece Investor Guide is now the first comprehensive and independent guide in English – and Chinese – to doing business and investing in Greece, and we are proud to release our 2021 Chinese edition of Greece Investor Guide. Tailored to a Chinese audience...

The results are in 💫: Greece’s @AIphaBank, @Eurobank_Group, National Bank, and @Piraeus_Bank 🏦 all passed the ECB’s stress test, performing strongly in the base case scenario. Meanwhile, the loosening of deferred tax treatment promises to position the lenders...

With the hospitality and tourism 🏝️ industries on the mend following the pandemic, Greece expects to see a surge in hotel 🏨 investments in 2021. Appealing factors include low costs, the large amount of liquidity available, and a high number of investment funds on the hunt...

The transfer of an additional 16% stake in Greece's Piraeus Port to China’s COSCO SHIPPING 🚢 is rolling ahead, following privatisation fund HRADF’s approval of the agreement’s revised terms ✍️. The updated agreement means that COSCO will have a 5-year extension to...

The results are in 💫: Greece’s Alpha Bank, @e

With the hospitality and tourism 🏝️ industrie

The transfer of an additional 16% stake in Greece'

Pfizer is doing its part to reverse Greece’s bra

Export companies in Greece are looking at a positi

The Recovery Fund is bringing Greece 🇬🇷 some