Located in the northeast of the country, the region of Eastern Macedonia and Thrace is emerging as an energy and transport hub for Southeast Europe.

Two major, trans-border natural gas pipelines – the Trans Adriatic Pipeline and the Interconnector Greece-Bulgaria – are being developed which, combined with a new LNG facility near the port town of Alexandroupolis, are establishing the region as an energy hub for Southeast Europe. The region is also home to Greece’s only oil production facility in the waters off the town of Kavala.

While it is mainly an agricultural area, the region is also known for its mineral resources – including marble, gold, and silver – and there are indications that Eastern Macedonia and Thrace may harbour unexplored reserves of valuable minerals, like uranium, and rare earths. The long coastline and the northern Aegean islands of Thassos and Samothrace help support tourism with growing investor interest in the region’s further tourism potential.

Regional energy hub with natural gas pipelines and LNG facilities underway, while being Greece’s only oil- and gas-producing region, with offshore fields near Kavala

Rich in mineral resources including fine marble, gold, silver, and other metals

Copyright: Yonca60 / Shutterstock
Place your mouse over a sector to view its regional opportunities. 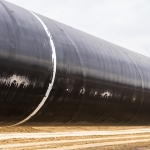 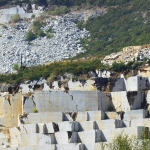 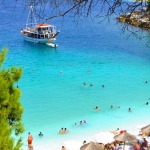 Eastern Macedonia and Thrace is emerging as an energy hub for Southeast Europe with two major transnational pipelines – the Trans Adriatic Pipeline and the Interconnector Greece-Bulgaria – crossing the region and some 500 kilometres of pipeline projects planned. New offshore facilities for the processing of natural gas at the port of Alexandroupolis are in motion. The region is also home to Greek offshore oil production near the town of Kavala and has the 3rd largest installed wind energy capacity, according to the Hellenic Wind Energy Association, with 466 MW in 2019.

Since antiquity, the region of Eastern Macedonia and Thrace has been known for its mineral resources like marble, gold, and silver. To this day, the region is one of Greece’s leading marble exporters with most of its exports going to China and the Middle East in recent years. There are also indications that the region may have reserves of uranium and rare earth minerals.

Tourism has been growing with a total of 144 projects planned.

With its long coastline and the islands of Thassos and Samothrace, the region of Eastern Macedonia and Thrace is developing its tourism sector with dozens of new accommodations in the pipeline. Known for its natural beauty, the region is home to three of Greece’s 12 national parks and 17 protected areas, including the Evros and Nestos river deltas, and is home to dozens of bird species.

Eastern Macedonia and Thrace
In Numbers

Alexandroupolis continues to grow as the economy develops.

The town of Alexandroupolis, the largest town in Eastern Macedonia and Thrace, has been growing quickly as the town further develops as a transport hub for northern Greece. Established in the 19th century, the town is one of Greece’s youngest metropolitan districts and emerged as a transport centre following the development of the railroad link with Istanbul. More recently, the development of the Egnatia Odos highway, the airport, and the harbour have seen Alexandroupolis’ population increase further by an estimated 20% in the last decade.

Proof of the success of Greek tourism 🏝️ in 2021 continues to mount: research from the Hotel Chamber of Greece indicates that 5-star hotels recorded a turnover of €2.81 billion 💶, only 8.4% lower than the record levels set in 2019. And these numbers could foreshadow another

Greece’s start-ups have reason to celebrate! 🎉 According to the 5th edition of the Startups in Greece report, put together by Found.ation, EIT Digital, and http://Velocity.Partners, the country’s start-up ecosystem brought in more than €500 million 💶 in funding, more than

Greece 🇬🇷 is poised to take advantage of its location as a bridge between Europe and the Balkans by adding 2 LNG terminals this year. The first is at Alexandroupoli, which is close to being finalised and is budgeted at €363.7 million. This project will be developed by Copelouzos

Greece 🇬🇷 and Turkey 🇹🇷 have taken a major step in their economic relationships after concluding the 5th session of the Greek-Turkish Joint Economic Committee earlier this week. This meeting, which took place for the first time since 2010, was co-chaired by Turkish Deputy Trade

Greece’s most innovative tech 🖥️ companies and start-ups have a chance to get in touch with one of the most important tech ecosystems in the world: Silicon Valley. Enterprise Greece and the U.S. Market Access Center (USMAC) will launch a comprehensive program to strengthen the

Proof of the success of Greek tourism 🏝️ in 2

Greece 🇬🇷 is poised to take advantage of its

Greece 🇬🇷 and Turkey 🇹🇷 have taken a m

In logistics news 📰: the deadline for the devel

More good news on the horizon for Greece’s fibre

Greece’s 🇬🇷 workforce is among the most ed