Located off the west coast of Greece, the Ionian Islands draw more than 3 million visitors a year.

The Ionian Islands offer excellent support infrastructure for tourism with three major international airports, some 100,000 hotel beds and more than 80 ports and marinas, including the port of Corfu which serves as a leading cruise ship destination. The leading tourist islands of Corfu, Zakynthos, and Cephalonia have helped draw three million tourists to the region, mainly from markets like the UK, Germany, and Italy.

The region’s tourism industry has drawn fresh investment to the hospitality sector, including in 4- and 5-star accommodation on Corfu and on the island of Skorpios – once owned by Greek shipping tycoon Aristotle Onassis – which is being redeveloped into a luxury resort by Russian billionaire Dmitry Rybolovlev. Other foreign investments include an upgrade of the three airports by German airport operator Fraport as part of a 40-year Greek regional airports concession, with the projects in Zakynthos and Cephalonia having already been completed.

The Ionian Islands are also noted for their production of regional wine varieties, olive oil, citrus fruit, honey, and various dairy and cheese products. The region is known for its local cuisine, which blends Italian and other foreign influences with Greek cooking. The region may have significant potential in energy, including both from renewable sources and possible hydrocarbon reserves.

Copyright: jordeangelovic / Shutterstock
Place your mouse over a sector to view its regional opportunities. 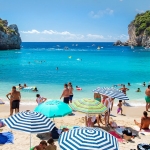 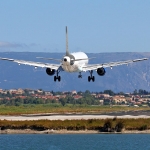 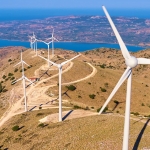 One of Europe’s most popular destinations, particularly among UK visitors, the Ionian Islands hosted more than three million tourists in 2018 representing more than 10 visitors for every inhabitant of the region. The strength of the tourism industry has drawn fresh investment from travel and tour operators, particularly on the popular islands of Corfu, Zakynthos, and Cephalonia.

Upgrading the region’s ports and airports.

The region is served by three international airports, four heliports, 89 ports and marinas, and two new seaplane facilities. Greece’s privatisation agency, as part of a 40-year concession for 14 regional airports, has awarded management and operation of airports on Corfu, Zakynthos, and Cephalonia to German-airport operator Fraport. The Port of Corfu, one of Greece’s busiest and with a growing number of cruise ship visits, is also being evaluated for privatisation.

Investment in renewable energy could double in the next few years.

With sunny skies and moderate winds, the Ionian Islands are due to see rapid growth in renewable energy projects. According to the Hellenic Wind Energy Association, by the end of 2019 the region had installed wind energy capacity totalling 109 MW. The Greek government has also identified four onshore blocks for hydrocarbon exploration in western Greece and three offshore blocks in the Ionian Sea. It recently awarded concessions to explore for oil and gas to Greek and international oil companies.

A strong and well-established tourism industry has supported incomes and jobs in the Ionian Islands in recent years.

Unemployment in the Ionian Islands has been consistently below the national average.

With just over 200,000 inhabitants, the Ionian Islands are Greece’s smallest region in terms of population. But with annual visitors dwarfing the number of local residents each year, the region’s robust tourism industry has helped keep per capita income – particularly on the three main tourism islands of Corfu, Zakynthos, and Cephalonia – above the national average. Unemployment rates have also trended lower than the rest of Greece.