The Peloponnese is the third largest region of Greece by land area with a varied geography of mountains and fertile plains.

The Peloponnese is characterised by a diverse landscape of mountains and fertile plains that make it one of the leading agricultural producers and exporters of Greece. The region cultivates select food products that have gained international recognition, such as its world-famous Kalamata olives and its unique wine vintages including its signature agiorgitiko and Monemvasia-Malvasia red wines. It is also a significant producer of fresh and processed fruits, notably citrus fruits. Leveraging the region’s proximity to Attica, an array of companies have their manufacturing activities centred in the bordering prefecture of Corinth, ranging from soft drinks producers to Greece’s leading oil refining complex.

Home to several UNESCO World Heritage Sites, such as ancient Mycenae and Epidauros, the region is developing its tourism offering. Several luxury resorts, notably Costa Navarino in the southwest Peloponnese, have opened in recent years, lifting the tourism profile of the region. The northeastern Argolid peninsula, a few hours’ drive from Athens, is also seeing increasing tourism development.

The construction of several major highways, such as those linking Athens with the western port of Patras and the southern Peloponnesian town of Kalamata, have improved the infrastructure of the region, representing billions of euros in investment. The region’s major airport in Kalamata is also due for an upgrade.

The Crete-Peloponnese interconnection project, an investment with an estimated value of €324 million, is also underway and is slated to be the longest submarine AC interconnection upon its electrification in 2020.The Peloponnese is also Greece’s second most important region for renewable energy production. In 2019 the region was the site of over 16% of Greece’s wind farm capacity, according to the HWEA, with 587 MW.

Home to a leading manufacturing hub in the prefecture of Corinth.

Copyright: Eremin Sergey / Shutterstock
Place your mouse over a sector to view its regional opportunities. 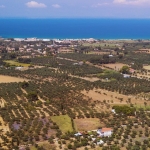 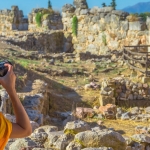 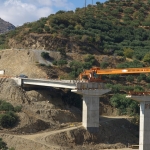 The Peloponnesian economy has been traditionally based on agricultural production, notably raisins and olives. In the 19th century, the cultivation of raisins amounted to 70% of the total value of its exports. The production of cereals, wine, figs, olives, rice, and cotton are also widespread, while the orange groves of Laconia, Argolida, and Corinth are significant world exporters. The sub-regions of Messinia and Laconia are famous for their extra virgin olive oil — of the Koronean variety — considered to be one of the best in the world, while Kalamata is known for its world-famous olives.

Investments in upscale resorts are lifting the region’s tourism profile.

The Peloponnese has a varied landscape that includes snow-capped mountains in the winter and a long coastline that includes popular seaside destinations in the northeast Argolid peninsula, the Mani peninsula, and around the southwestern towns of Kalamata and Pylos. The region is also the site of several major cultural landmarks such as archaeological sites of Mycenae, Epidaurus, and Corinth, the medieval castles of Monemvasia and Nafplion, as well as the Byzantine town of Mystras near Sparta. In the last ten years, a number of top-end resort complexes, such as Costa Navarino near the town of Pylos, has helped lift tourism in the Peloponnese.

As part of Greece’s national infrastructure plan, new highways are being built in the Peloponnese, improving the region’s road network. The central Athens-Patras highway along the south shore of the Gulf of Corinth has sharply reduced travel times between the capital and Greece’s western port that serves as a gateway to the western European market. New rail lines are also being built along the route. Likewise, a new highway to the southern city of Kalamata – with a branch connecting the town of Sparta – has improved the movement of people and produce in the region.

The Peloponnese is benefiting from recent investments in public works projects.

The Peloponnese has seen its population stabilise as agriculture and tourism have developed.

Once a source of Greek emigrants in the 19th century, the Peloponnese has seen its population stabilise in recent years as the region developed its agricultural and tourism potential. The region hosts five major towns – Kalamata, Tripoli, Corinth, Sparta, and Argos – that are home to roughly a third of the total population.

By the end of 2022, 88,000 millionaires are anticipated to relocate to new countries, and in 2023, record flows are predicted, reaching 125,000 relocations for HNWI 💶 - and Greece is at the top of their lists. Thanks in part to Greece’s Golden Visa programme,

A new luxury hotel 🏨 and casino 🎰 project is on its way to Greece! Leading Greek construction firm GEK Terna will partner up with Hard Rock International on a 30-year concession for Greece’s first integrated resort and casino. It’s Hard Rock’s first time working with a

In the first 5 months of 2022, Greek airports ✈️ have seen more than 14 million visitors, matching 86% of 2019 levels based on preliminary data from the Civil Aviation Authority. And May 2022’s international arrivals have actually surpassed levels from May 2019 -

Greece makes big strides in the RES field, climbing 3 spots 📈 to 21st on EY’s Renewable Energy Country Attractiveness Index. This comes thanks to the country’s goal of doubling installed RES capacity by 2030, as well as the inauguration of one of the largest PV parks in Europe,

For small businesses that are looking to get into sustainable agriculture and tourism, there’s good news: a total of €49 million 💶 in Recovery and Resilience Facility (RRF) funding will be available for SMEs that are seeking to invest in agrotourism projects 🚜.

A new luxury hotel 🏨 and casino 🎰 project is

For small businesses that are looking to get into

The European Union 🇪🇺 is about to hit a majo

The 🇦🇪 UAE and 🇬🇷 Greece have a strong

Yet another 🇺🇸 American tech giant is eyeing

The real estate market in Greece continues to show